The Courage of Wonder

It takes great courage to keep the wonder of the world in oneself. For far more than that of the shadow, great is the fear of any new light. Our, our intimate sun, even more than all the others.In this, the immensity of the present, with its density and radiance, binding us to the infinitely small as the infinitely large, Earth and Cosmos united in a consciousness and knowledge, still held, holds in very little word: the Other.The Other, composed as one by the original collapse of the first star, emerged from the shadow of human history by thousands and thousands of accidents and choices made, lived by his ancestry, and who walks under the sun and Milky Way next door and same time as us.The wonder of his presence is a constant rebirth of the sense of existence as tragic as it is. Fraternity in all its variations of friendship or love, is the way. The gardens of Epicure are future.Paradoxically, while the new technologies would allow this definitive awareness there, they dehumanize us, banalizing messages and images, making us addicted to small adrenaline shots marked by the "beep" of likes from all over the world, we away from the physical present.

They give us the sweet illusion of existing in a life where we do not exist as a singular being, nor in the work as we are replaceable, nor in the consumption we anonymize, nor in our social relations, in love to how much in majority recomposed, fragile, also subject to the performative market of "being happy-se" .. Never the feeling of loneliness was so great. One can thus cross whole cities without having no deep look for those crossed on the sidewalks. The useless of the world created by our globalized society become invisible in our own eyes.Democracy can not survive this. Our species as we know it, either. The neuro-biological connections changing under the impulse of these technologies but also of entertainment and food can only lead us to accept precariousness, insecurity and " hard democratic dictorship " which will appear only capable of directing the people subjected to the climatic changes and the migration. The violent upheavals, here and there, will only reinforce the priority security. The ground is already ready for the endorsement of a post-humanism reserved for the richest castes.The extreme financialization, sordid, of the economy of the world, the accumulation of monumental fortunes whose tax havens are the absurd paradigms makes sense only in the self-regeneration of a tiny elite, with the hand on the highest technologies, dominating all systems including mafia, thus having the ability to maintain chaos while "eternalizing" their power ... and their survival, leaving from within a few centuries of the unbreathable planet that will become the Earth.This is also the new face of neo-slavery, slavery never eradicated in its nature, the foundation of the economy based on profit never redistributed. "Bread and Games" can be replaced by "Sex, Sport and Avengers". All this "virtually".Fraternity is no longer just a spiritual, moral, social value.She is more than ever political.HDN May 2018 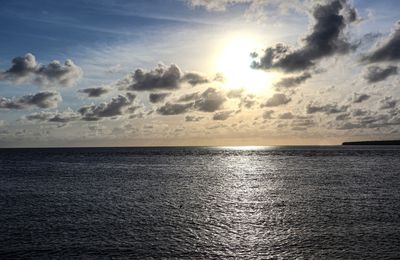